The city no one wants to leave...

Kashi - it is not a beautiful city, not anymore, not to someone ignorant of its cultural heritage. It offers different things, to different seekers - to some it is a shrine that delivers salvation with a dip in the river, to some it is a magnificent artefact, coexisting with the (supposedly) modern world; to others it is nothing more than an overpopulated city of visitors and curators of the Eternal Pilgrimage. Yet, this city has been captivating people from all walks of life since time immemorial. 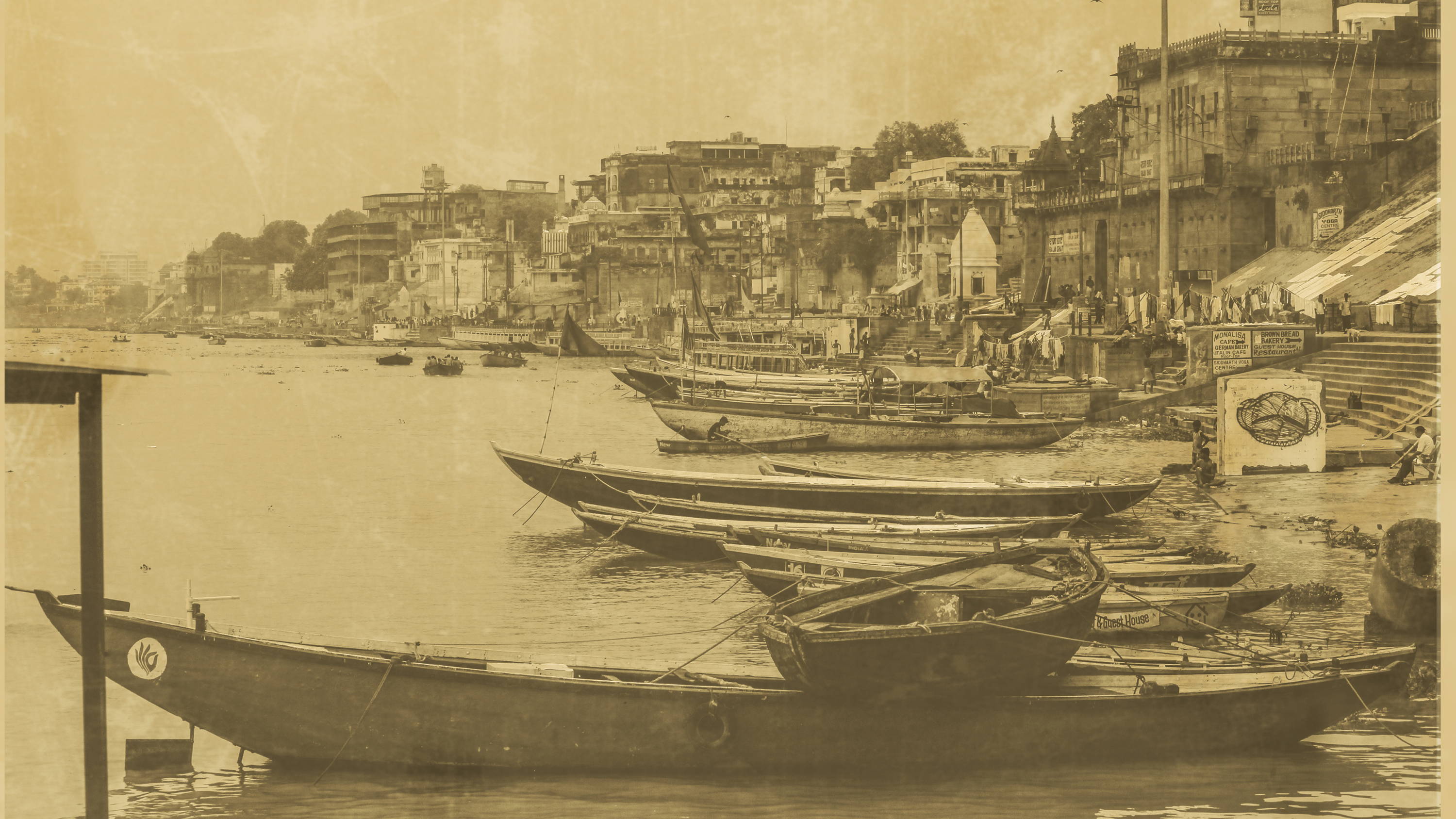 Here is a tale from the many myths of Kashi about how reluctant even the gods felt when they were asked to leave this city!

Once upon a time, the world experienced a catastrophic drought that lasted for over six decades. In times of such severe crisis, Dharma was at risk. Brahma, distraught and disturbed, couldn’t find any solution other than entrusting the responsibility of the entire planet and its people on Ripunjay, the only sage-king left, the only ‘human’ who could save life on earth.

Ripunjay accepted this power with great reluctance and upon one condition: the gods would have to retire from the earth. Without further ado an eviction notice was sent to all the gods and even Shivawas asked to part from his humble abode. The new king established his throne, renamed himself Divodas and made Kashi his capital. Soon, people under his rule prospered and Dharma was revived with impeccable harmony.

Insecure about their dwindling importance, the gods who had been exiled felt constantly threatened by the new king. They decided to withdraw from the earthlings, their everyday provision of natural resources. But the invincible ‘sage-king’, with the powers of his tapas, created his own fire, wind and rain. There was nothing anyone could do to pull him down.

Meanwhile Shiva couldn’t find peace at Mt. Mandara because his heart burned in agony of separation from his beloved Kashi, the city that sits upon his trident. With Parvati, he weaved a conspiracy to create hindrances for Kashi’s king. One by one, gods and goddesses were sent for this mission in disguise. Yoginis planned to tempt the king, the Sun God was sent to find flaws in his reign, even Brahma was sent to maneuver Divodas into a cumbersome yagna of sacrificing ten horses, hoping for his failure. Alas! All attempts went in vain.

Adding to Shiva’s misery, none of his comrades reported back to him. All of them were so enticed by the glory of this city, they didn’t want to return. Without any second thoughts, they stayed back in the city. Shiva, in his mind, had always expected it! Afterall, who could ever let go the charm of Kashi! As for the final attempt, he called on his son Ganesh to accomplish the mission.

Ganesh took the form of a Brahmin fortune teller and charmed the city of Kashi. Soon enough, the sage-king invited him to seek advice regarding his fatigue due to the burden of the kingdom. Ganesh said, “I cannot answer your question, but in exactly eighteen days a wise brahmin will arrive at Kashi to give you your answer.” Thus he paved the way for Vishnu to arrive in Kashi.

AsVishnu arrived in Kashi, he transformed himself into a Buddhist monk and started to preach the ‘perfect meaning’ of Dharmain the entire city. On the eighteenth day, in the king’s court, Vishnu brought to light Divodas’ only sin of expelling Shiva from this city. He further advised him to establish a linga for Shiva in order to repent, which in turn will lead the path for him to reach the highest of heaven.

In no time, Ganesh and Vishnu accomplished the task of Divodas’ departure and made Kashi inhabitable for all the gods again. Like the rest, Ganesh and Vishnu did not wish to leave either. “Why would anyone ever leave Kashi - a place where liberation is in the very palm of one’s hand?” they proclaimed.

Shiva’s joy had no bounds, his bags were packed long ago, he was just waiting for the entire cosmos to join together and form the great chariot on which he would make his grand comeback to the place he called home.

The gods never left Kashi. To this day, we can find a shrine in every nook and corner of the city, devoted to hundreds and thousands of gods and now we know why. Over centuries, Kashi has seen many tirthankaras, incarnations and saints, not one of them remains, but in their collective fragrance, Kashi does.

join us on our day out with tilfi! In this section, we take you around some of the most interesting events and spaces on craft, culture, textiles and design.

Glad you enjoyed reading this! :)