Sharma for her reception night. While these sarees may as well be perceived as the “flavor of the season” now, they go back to a glorious history which has stood the test of time.

“He would rather be an out-of-work BA than join his traditional family leather craft”, said Laila Tyabji at her recent talk on Craft in the Age of Technology* in New Delhi. This one line highlights the unfortunate realities of the Indian arts and crafts sector today.

One of the largest sectors in India, second only to agriculture, the industry employs close to 20 million craftspeople. A sector known to be ridden with exaggerated subsidies, overenthusiastic words from Make in India to Skill in India, the trickle-down effect seems to have largely missed its mark. Each decade, there is reportedly a decline of 15% in total craftsmen in India.

Ironically, Tyabji discusses China and the ability of the nation to use their tradition as a springboard rather than a cage. While the world emphasizes on their skill to mass produce from anything to everything, one tends to overlook their brilliant strategy - incorporating the skilled craftspeople as part of the professional middle-class. A stark contrast from closer home where the social value of the craftspeople remains negligible and crafts remain picturesque but primitive.

She challenges the hypocrisy of the masses who are nostalgic for the past but continue to demand cheaper, low quality products. From the descendants of the makers of Taj Mahal who are now known for coasters and jewellery boxes to thelohar community in Rajasthan once invited by the Maharaja to make war canons, now engaged in making industrial tools and metal stamps – the list is endless. While the skill remains unmatched, whether the make does justice to the generations of craftspeople involved remains debatable.

Rural vs urban, traditional vs professional, formal education vs ancestral skills - Tyabji urges to break away from the shackles of preconceived notions and societal pressures. She adds, 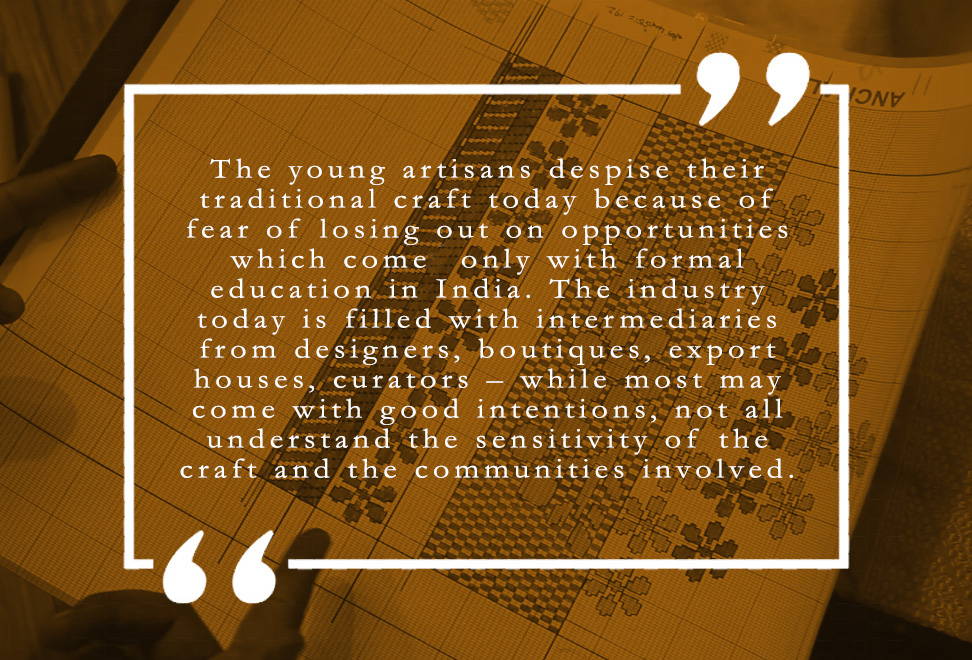 The need of the hour is not to lament over the fall but to invest and strengthen the carriers and repository of the vast and unique skills of the country. Tyabji credits Judy Frater’s Somaiya Kala Vidya, The Handloom School in Maheshwar and the fairly recent Lucknow based, Kalhath Institute for chikankari artisans for forging the path for real impact. Formal education specifically for traditional artisans, the curriculum in these institutions is based around merchandising, R&D, style trends, marketing, storage, design, tools & tech without impacting the cultural and social sensitivities of the makers. 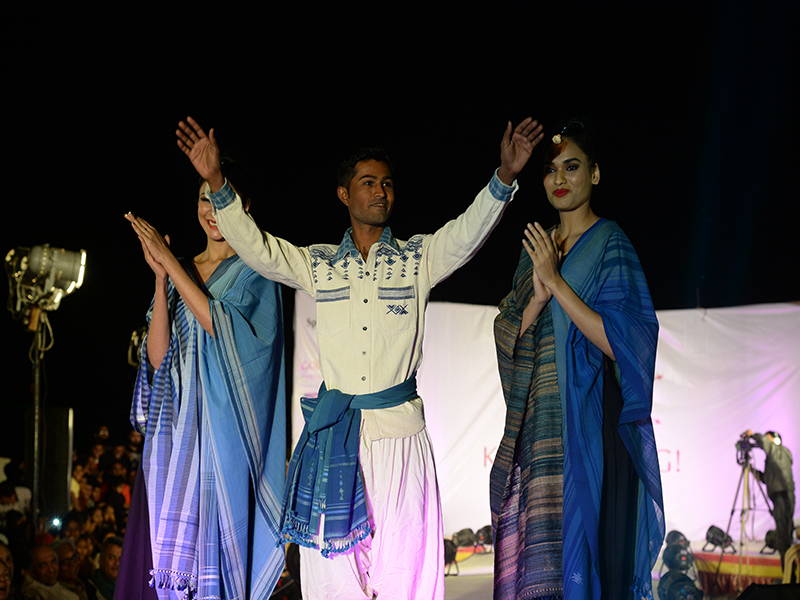 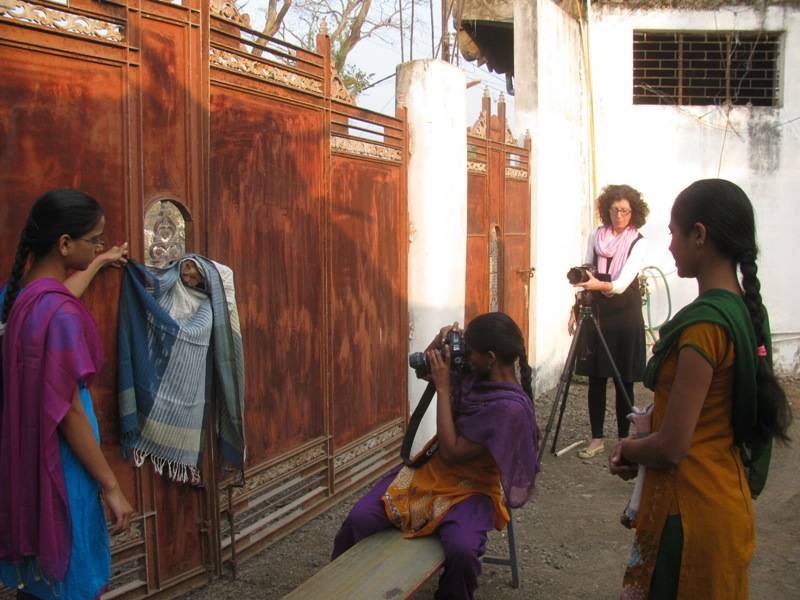 Photography session at Handloom School
Image via The Handloom School, Maheshwar
As the world moves towards slow fashion, handcrafted, natural organic fabrics – accessible in abundance in India, the time is ideal for global impact while balancing out the importance to the craft as well as to its makers. The audience breaks in a thunderous applause as she concludes, “If we can do it for Yoga, we can do it for craft.”
*Craft in the Age of Technology: Being A 21st Century Indian Craftsperson by Ms. Laila Tyabji, Chairperson & Founder Member of Dastkar held at India International Centre New Delhi on May 14, 2019.