Kairi, Ambi, Paisley – a few of the many names of one of the most celebrated motifs known to the Indian weaver. The earliest representations, much before its stylized variations and modern interpretations, dates back to A.D. 848 to stucco decorations carved on the walls of an ancient mosque in Balkh, Afghanistan.

Several textile historians link the origin of the pattern to a swaying cypress tree, a closed bud, or the popular Indian fruit, mango (kairi). With strong Persian and South & Central Asian influences, the use of the motif heightened during the Mughal Period and spread across geographies somewhere between the 18th and 19th century. Imports from the East India Company via the ‘silk routes’ is hugely credited for introducing the pattern to the West, where it ultimately came to be known as the ‘Paisley motif’.

Beyond the visual and pleasing attributes, paisleys are famed for their great adaptability and symbolic power. Celebrated as a Zoroastrian symbol of life & eternity, they also depict fertility in Hinduism.Today, we see this magnificent pattern in its many forms in prints and embroidery across Indian textiles, most notably in Kashmir shawls, Gujarati and Banarasi silk textiles, Chikankari embroidery from Lucknow and Kantha embroidery from Bengal. Several International brands – such as the likes of Saint Laurent, Burberry, Gucci and Dolce & Gabbana have embraced the versatile pattern in many of their collections in the past.

At Tilfi, we find ourselves drawn to the Indian kairitime and again. Here are some of our timeless, heritage pieces combined with experimental additions, illustrating the majestic paisley in all its glory.

Paisleys and florals almost always form a part of the traditional Banarasi Koniya design. A koniya is woven in the corners of the textile and is believed to be a part of the vocabulary of motifs of Persian lineage. 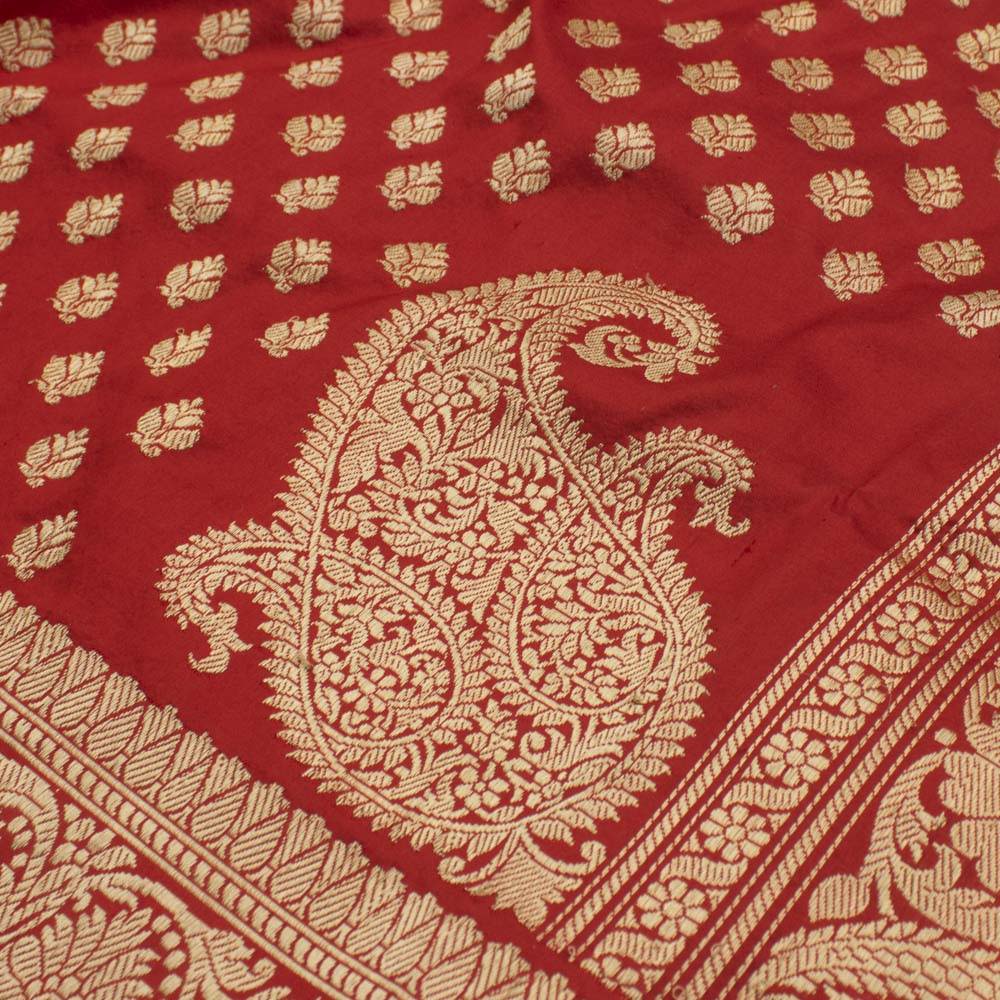 An elaborate pattern with a combination of three kairis, believed to be known as the 'Dancing Paisley'. 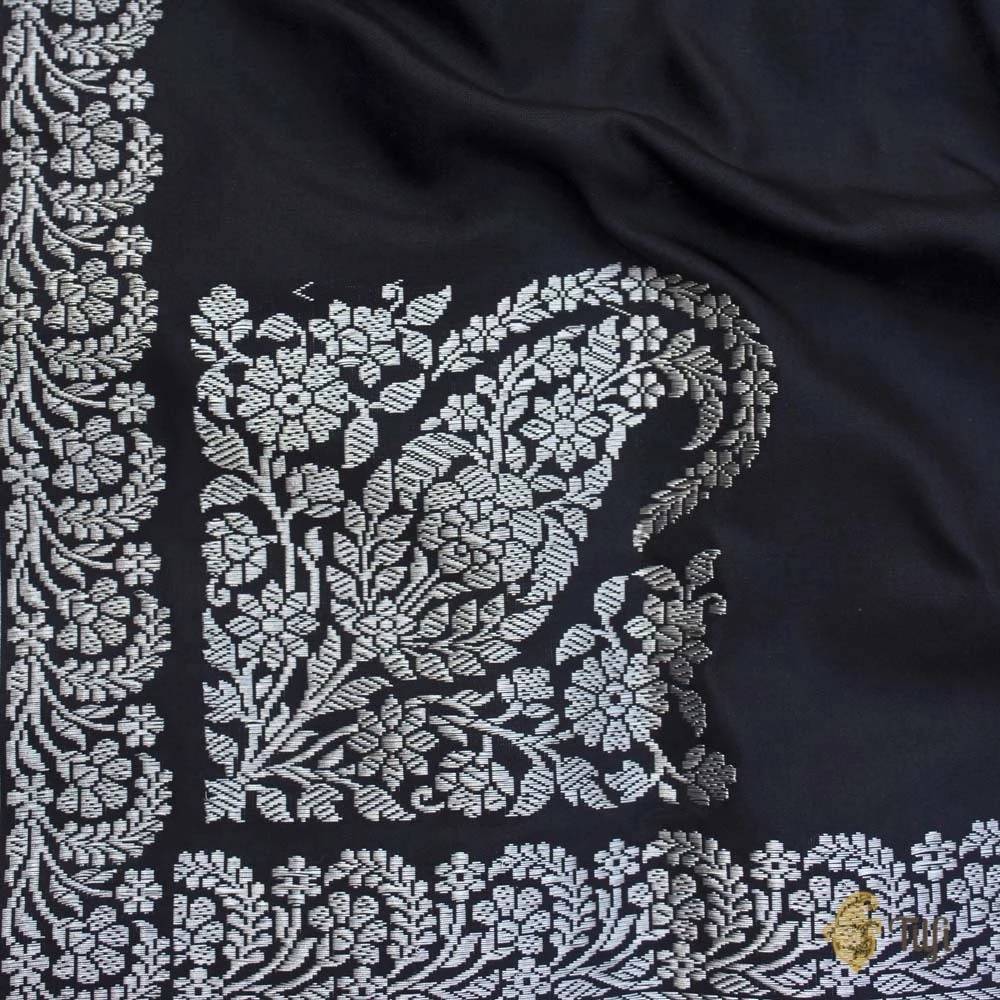 In this design, florals and creepers go beyond the paisley outline to complete the pattern.

Apart from Banarasi textiles, paisley koniyas are also seen in some of the famed Jamdani textiles from Bengal. 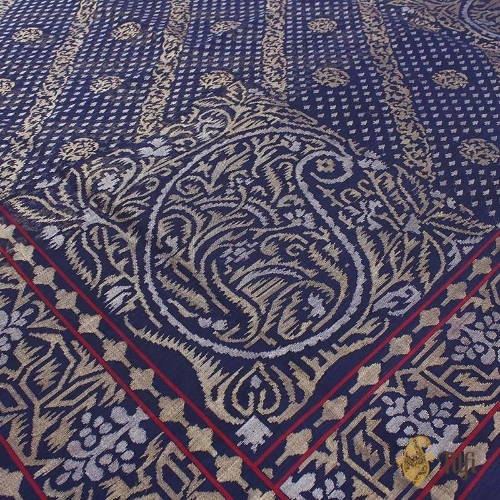 A cotton Jamdani saree in a Neelambari shade with real silver zari and corner paisleys. 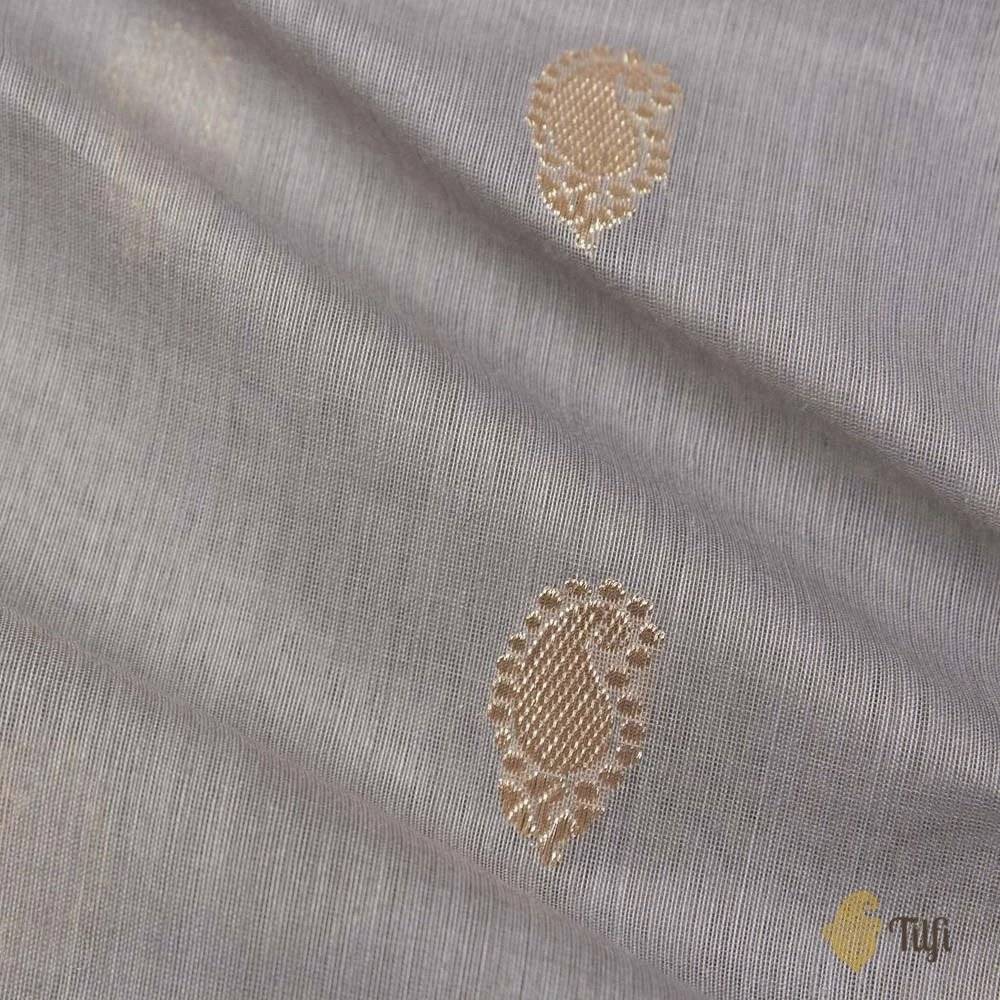 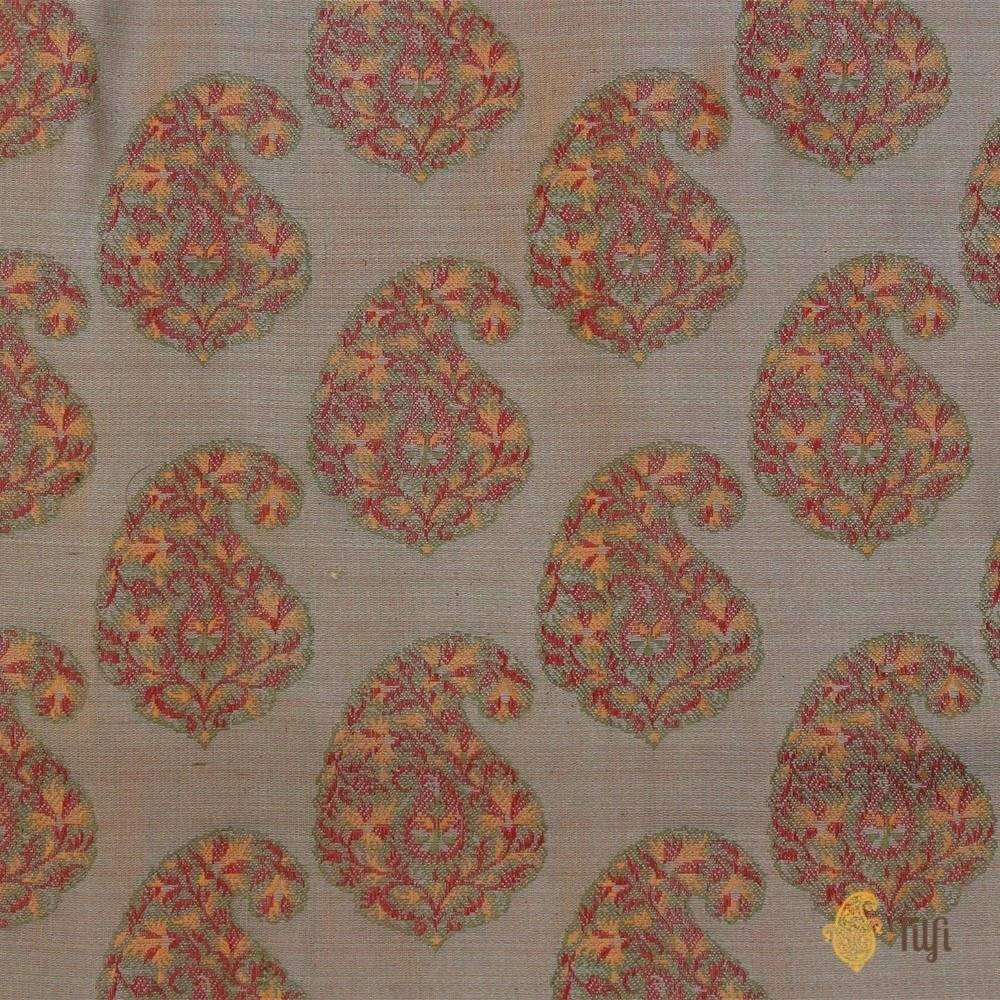 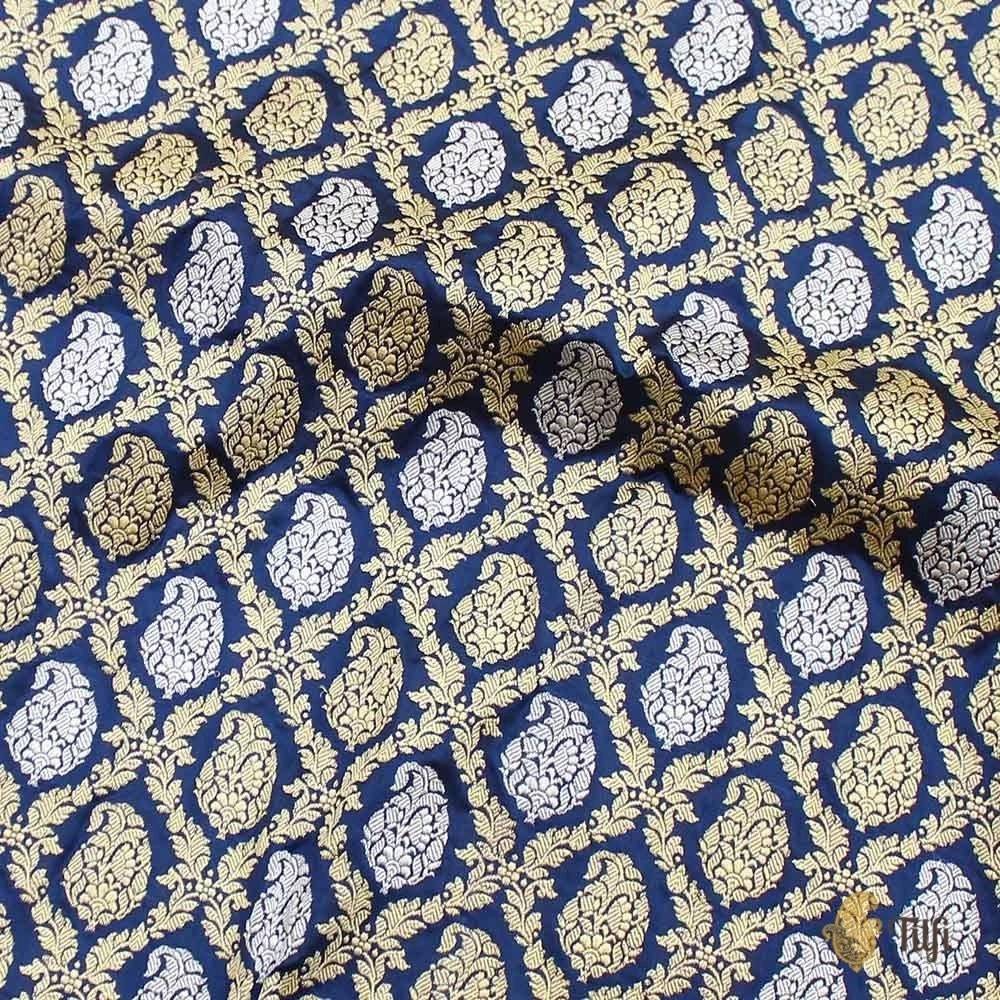 The versatility and adaptability of the Indian kairi can be seen through many design variants on different handwoven base fabrics. Here, the paisley is alternatively woven as a booti on kora silk by cotton, boota on soft satin silk and beautifully combined with a lattice Kadhua jangla pattern on pure katan silk. 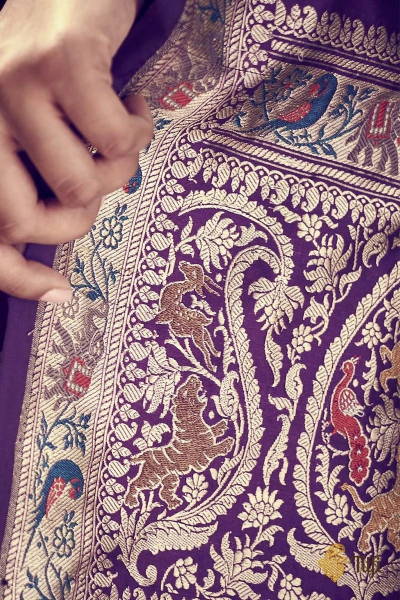 An intricate paisley design on the pallu of a Tilfi Banarasi saree. Here, animal figurines are woven within the outline of the paisley motif. 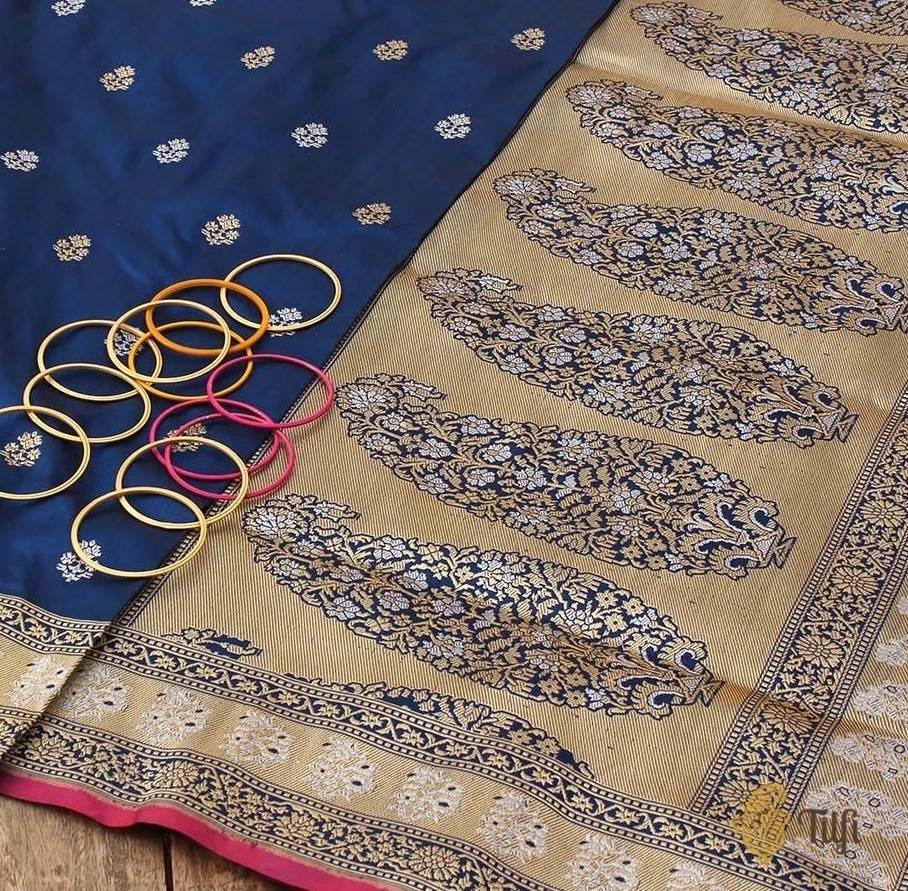 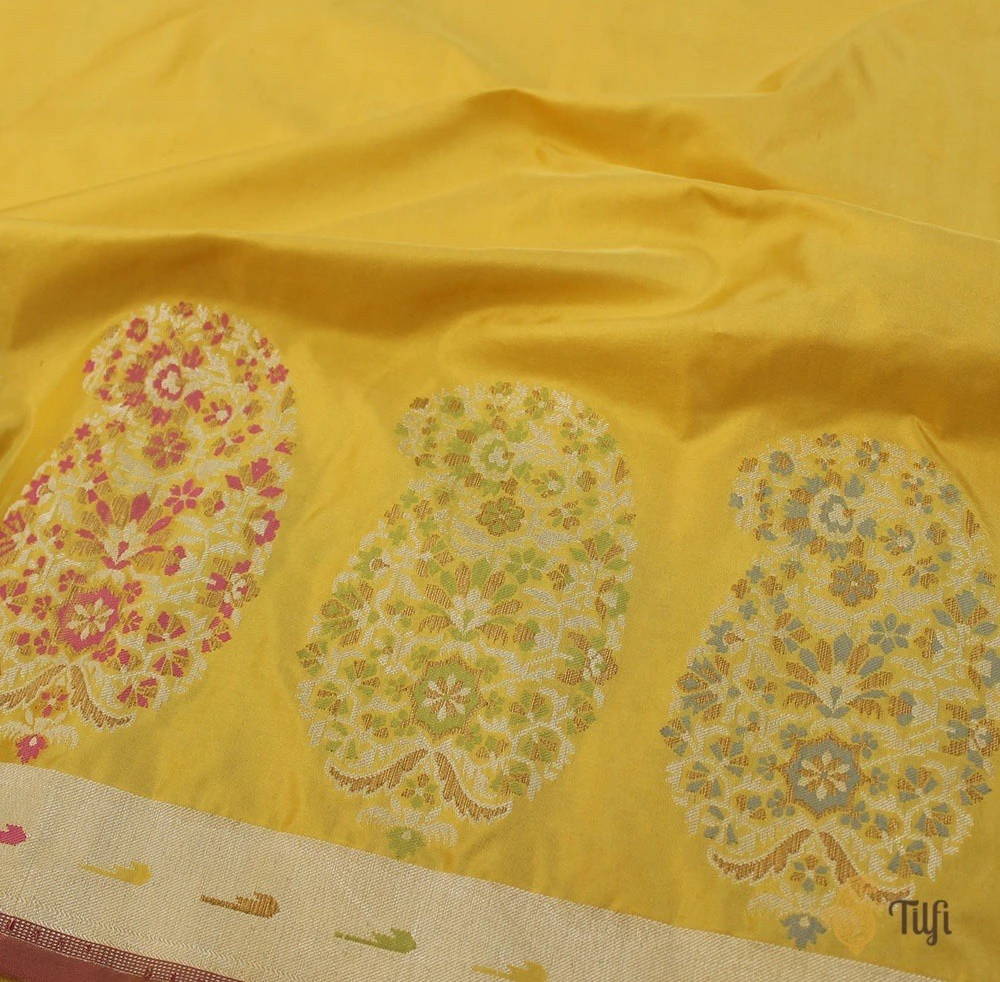 Stylized variations of the paisley motif woven on the pallu and border of the saree. Florals are carefully woven in the almond like shape with a droplet to resemble a paisley motif. 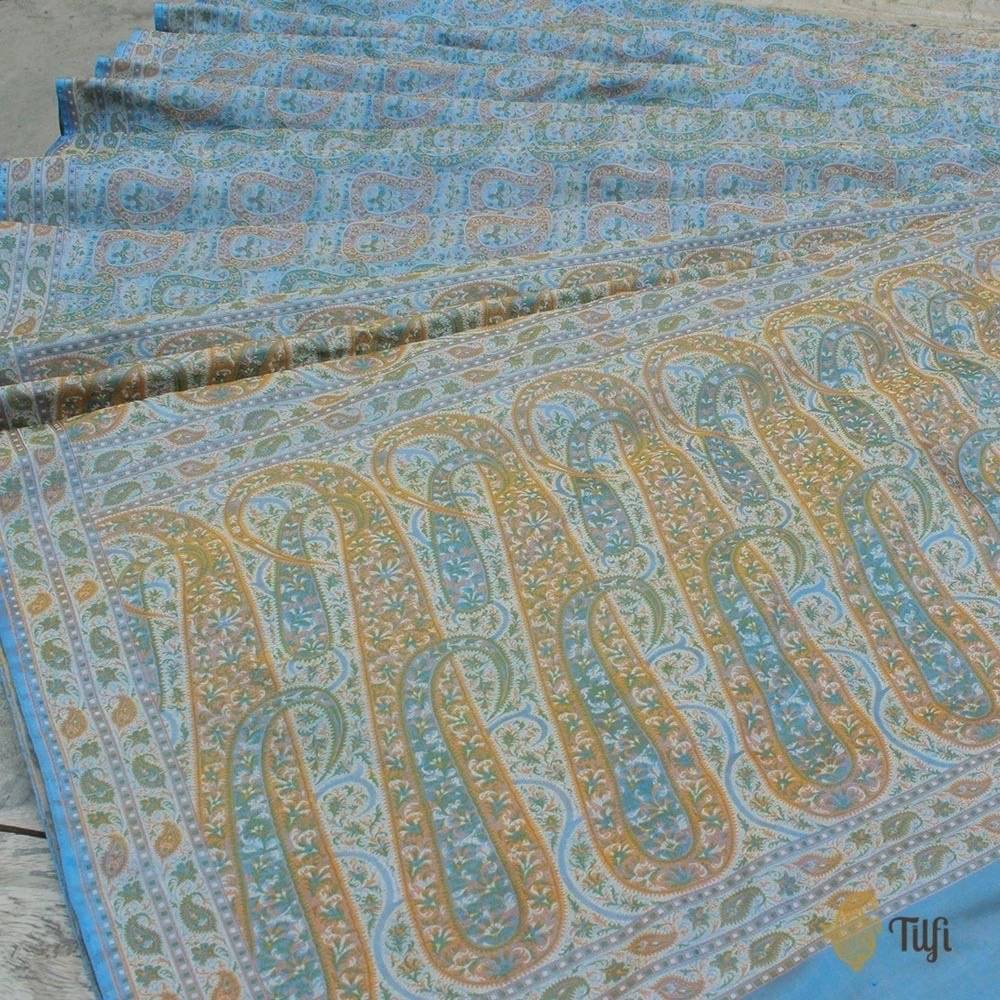 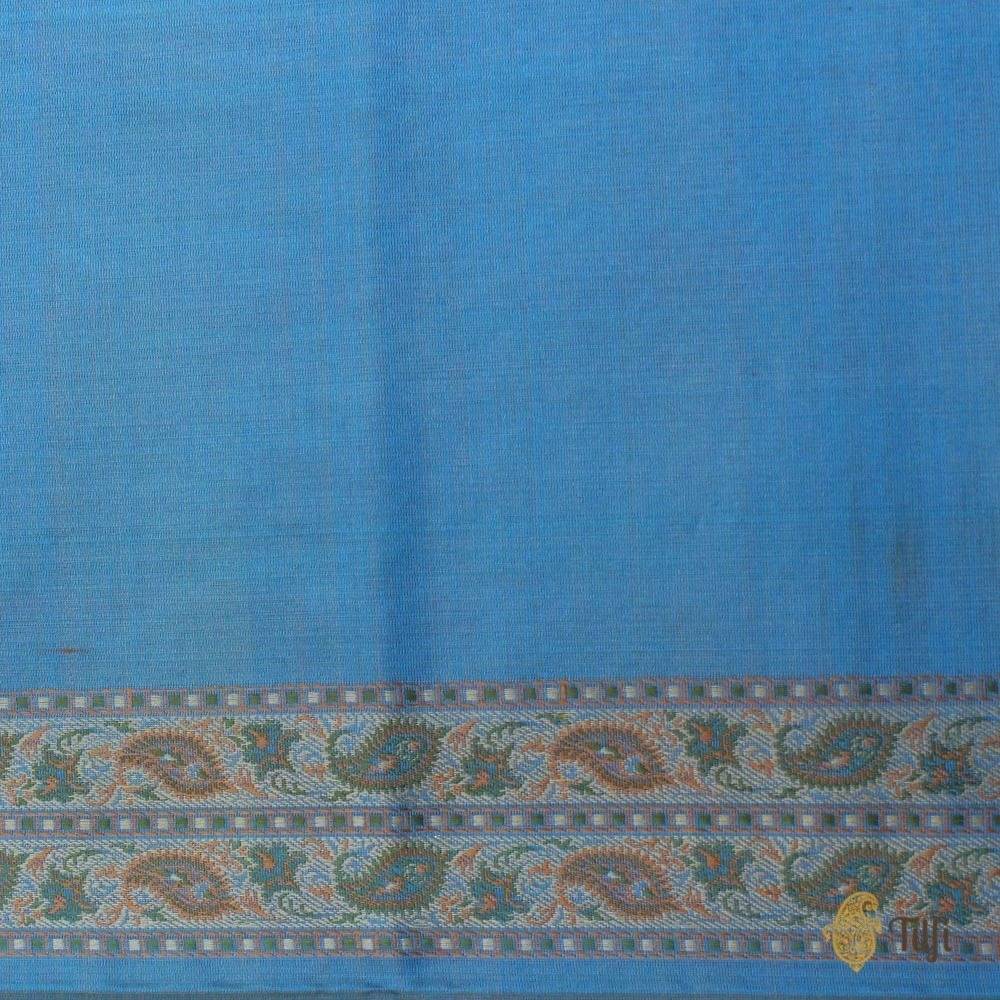 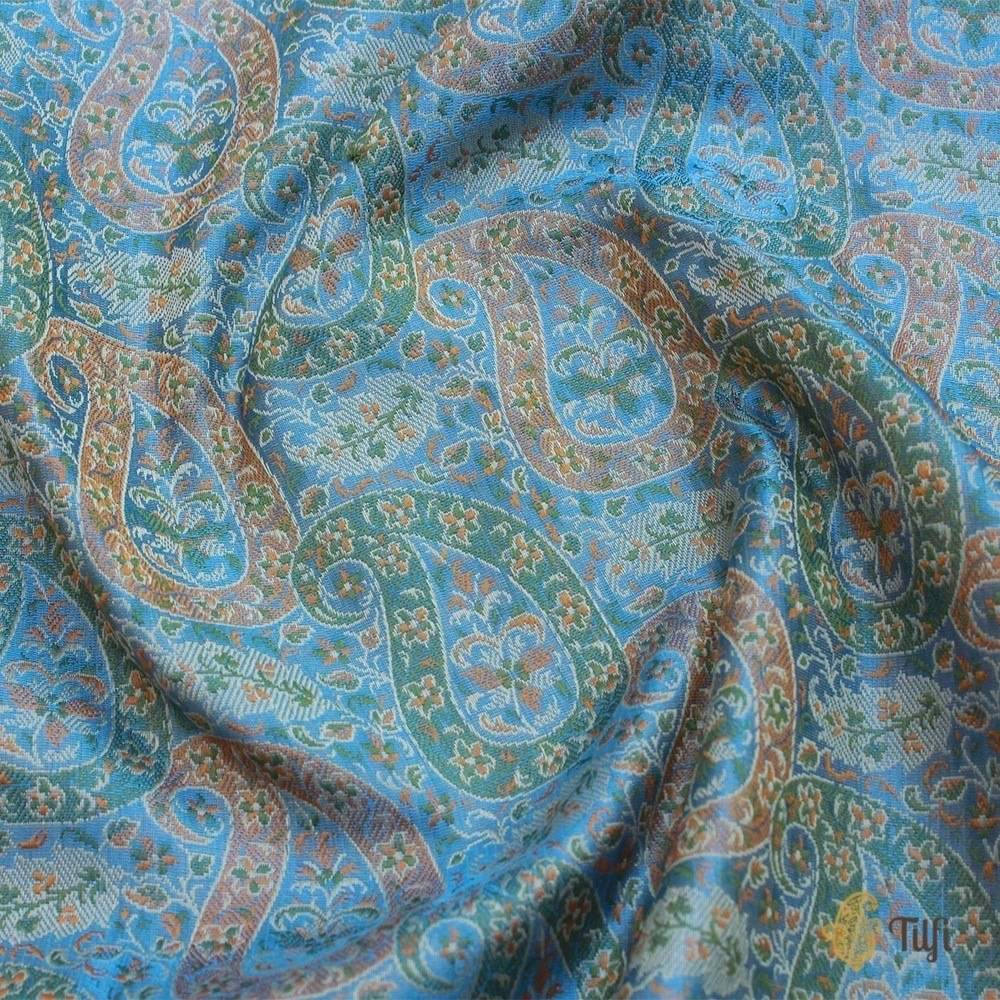 This stunning Tilfi saree shows how beautifully the paisley motif fits in almost all parts - from the pallu to the blouse piece and body of the saree.

join us on our day out with tilfi! In this section, we take you around some of the most interesting events and spaces on

I really want to expand my knowledge in culture and art of Indian textile.